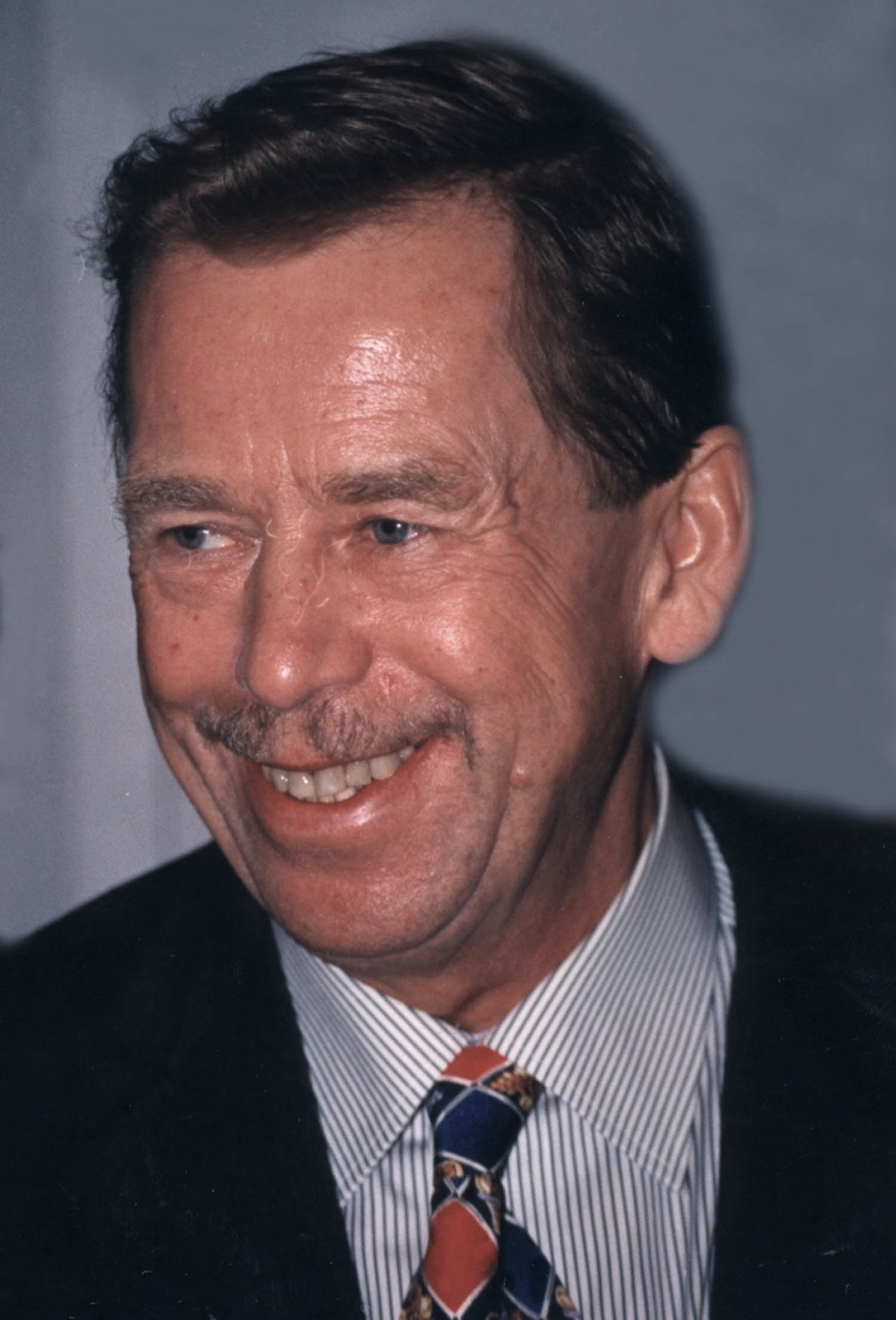 Václav Havel (; 5 October 193618 December 2011) was a Czech statesman, writer and former dissident, who served as the last President of Czechoslovakia from 1989 until the dissolution of Czechoslovakia in 1992 and then as the first President of the Czech Republic from 1993 to 2003. As a writer of Czech literature, he is known for his plays, essays, and memoirs.

His educational opportunities having been limited by his bourgeois background (when freedoms were limited by the Czechoslovak Socialist Republic), Havel first rose to prominence as a playwright. In works such as ''The Garden Party'' and ''The Memorandum'', Havel used an absurdist style to criticize communism. After participating in the Prague Spring and being blacklisted after the Soviet bloc's invasion of Czechoslovakia, he became more politically active and helped found several dissident initiatives, including Charter 77 and the Committee for the Defense of the Unjustly Prosecuted. His political activities brought him under the surveillance of the secret police and he spent multiple periods imprisoned, the longest being nearly four years, between 1979 and 1983.

Havel's Civic Forum party played a major role in the Velvet Revolution that toppled communism in Czechoslovakia in 1989. He assumed the presidency shortly thereafter, and was re-elected in a landslide the following year and after Slovak independence in 1993. Havel was instrumental in dismantling the Warsaw Pact and expanding NATO membership eastward. Many of his stances and policies, such as his opposition to Slovak independence, condemnation of the Czechoslovak treatment of Sudeten Germans after World War II, and granting of general amnesty to all those imprisoned under communism, were very controversial domestically. As such, at the end of his presidency, he enjoyed greater popularity abroad than at home. Havel continued his life as a public intellectual after his presidency, launching several initiatives including the Prague Declaration on European Conscience and Communism, the VIZE 97 Foundation, and the Forum 2000 annual conference.

Havel's political philosophy was one of anti-consumerism, humanitarianism, environmentalism, civil activism, and direct democracy. He supported the Czech Green Party from 2004 until his death. He received numerous accolades during his lifetime including the Presidential Medal of Freedom, the Gandhi Peace Prize, the Philadelphia Liberty Medal, the Order of Canada, the Four Freedoms Award, the Ambassador of Conscience Award, and the Hanno R. Ellenbogen Citizenship Award. The 2012–2013 academic year at the College of Europe was named in his honour. He is considered by some to be one of the most important intellectuals of the 20th century. The international airport in Prague was renamed to Václav Havel Airport Prague in 2012. Provided by Wikipedia
Showing 1 - 17 of 17 for search: 'Havel, Václav, 1936-2011', query time: 0.06s
List  Tabulka
Search Tools: Get RSS Feed — Email this Search —
Loading...